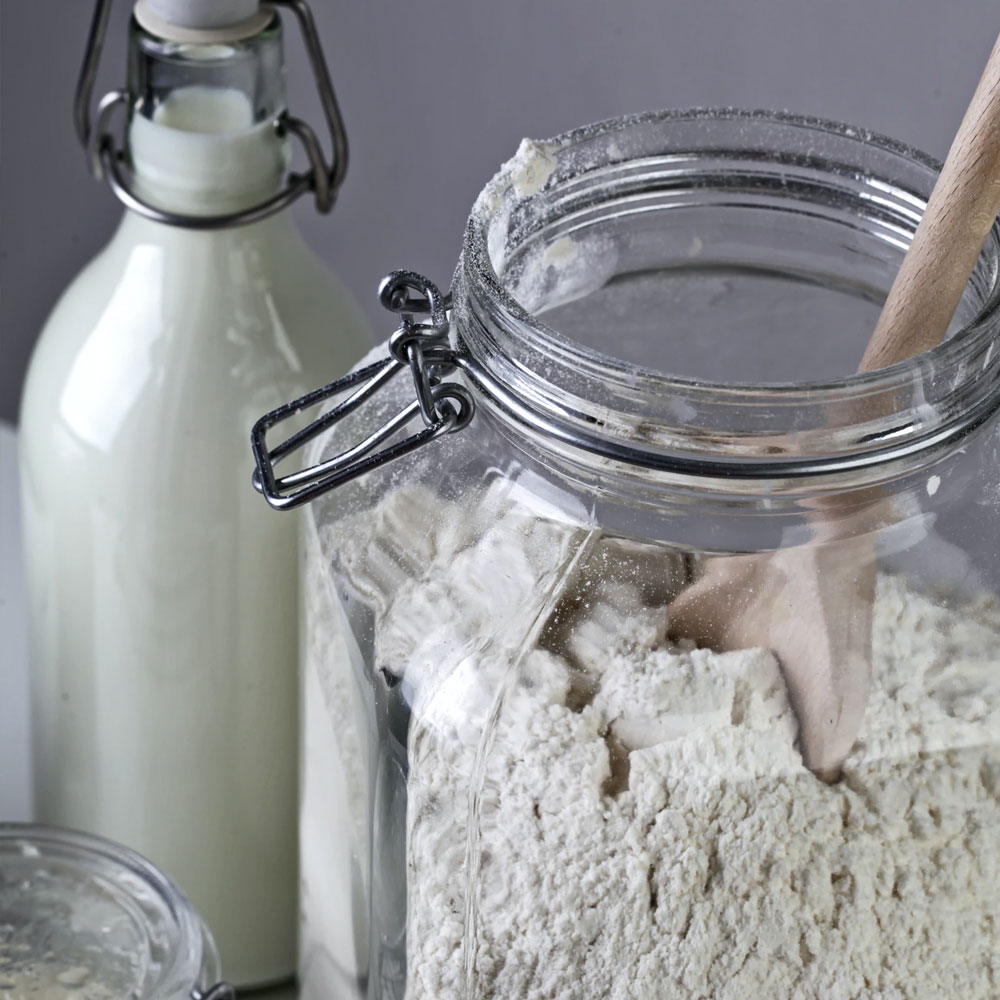 Vitamin D is playing an increasing role in flour fortification. Whereas the importance of this micronutrient for health is becoming more thoroughly understood, there are still many questions to be answered concerning its practical application in the context of fortification programmes.

Mühlenchemie has carried out studies to acquire more information on the storage life of vitamin D in flour. The results indicate that vitamin D3 from the ELCOvit range is highly stable and shows no loss of activity even after 12 months of storage. However, not many laboratories have the expertise necessary for reliable determination of the low percentages present in flour.

The fortification of foods with vitamin D is drawing increasing attention around the globe. It is estimated that one billion people suffer from a vitamin D deficiency – and many experts are of the opinion that vitaminised flour offers a highly effective and inexpensive means of compensating for this undersupply.

Five states have already issued binding regulations on the fortification of flour with vitamin D, and a project directed towards this was recently initiated in Mongolia. Mühlenchemie supports the milling industry in the relevant activities and helps millers by supplying quality premixes with a composition precisely adjusted to the circumstances within the region and the regulations in force.

Since there have been few practical studies on the ‘newcomer’ vitamin D to date, Mühlenchemie’s research and development department at the Stern Technology Center started various test series of its own. Results for the baking properties of vitamin D3 and its activity losses in the production of bread and biscuits have already been published in Milling and Grain in 2018. The research scientists and applications technologists have now shifted the focus to flour as a raw material and sought to discover whether the fat-soluble micronutrient undergoes functional degradation in the fortified flour during storage.

For conduct of the test series, wheat flour Type 405 was fortified with 0.025mg/kg ELCOvit D3 100 and stored in a PE bag at 40°C and approximately 50 – 60 percent relative humidity. The raw material from Mühlenchemie consists of spray-dried cholecalciferol (vitamin D3), stabilised with tocopherol as protection against oxidation.

The samples were analysed after three, six and 12 month periods. The result was more than satisfactory. The vitamin D3 was found to have lost none of its activity even after a year of storage. The amount of cholecalciferol added remained constant throughout the test period. The ELCOvit raw

material therefore proved its suitability and can be used in flour  fortification programmes.

Positive as this result is: when implementing the study, the Mühlenchemie team encountered unexpected difficulties. In the course of the research project, it emerged that it is a major challenge to measure vitamin D reliably in flour. The biggest problem is the very small amount of the micronutrient added. In quantitative determination, even well-known, accredited laboratories came up against their limits.

The results of the analyses requested by Mühlenchemie showed wide fluctuations and did not permit reliable conclusions as to the extent of degradation of the vitamin D. Only one institute specialising primarily in flour analysis was able to determine the amount of cholecalciferol so precisely that it was possible to make a reliable assessment of the storage life of ELCOvit D3 100. But only a very few laboratories worldwide have such a high level of expertise.

In order to make measurement of the vitamin D3 present in flour possible nevertheless, Mühlenchemie recommends an alternative procedure in which the sensitive substance is determined in the premix instead of the flour. Since vitamin D3 is present in an exponential form in the concentrated premix, quantitative determination is easier in this starting material.

Moreover, the micronutrient premix contains no wheat flour, and this further enhances the validity of the analysis. After it has been checked, in an initial step, that the vitamin content of the premix conforms to the specification, a sample of the fortified flour is analysed. Here, too, a pragmatic modification is made: instead of the cholecalciferol, another constituent of the premix such as iron

or zinc is used as the reference substance. These minerals are contained in much larger quantities and can be determined much more easily by laboratories than vitamin D3.

Micronutrient premixes for flour fortification must have a high level of homogeneity in order to ensure uniform and adequate fortification. The iron or zinc values determined therefore permit reliable conclusions as to the amount of cholecalciferol present: if the content of the chosen mineral is within the prescribed range, the required amount of vitamin D3 will be present too.

Use in tropical countries

The present study demonstrates that ELCOvit D3 100 has excellent stability when stored under temperate climatic conditions. But since the results may differ when the product is used in hot, humid zones, Mühlenchemie will conduct further stability tests simulating the conditions prevailing in the tropics during the rainy season.

In this way it will be possible to assess the reaction of vitamin D under more extreme environmental conditions. It is also hoped that the practical research series will help to create greater awareness of the proper way to handle premixes among their users.

Mongolia is among the pioneers of the fortification of flour with vitamin D. According to a current legislative initiative, industrially produced flour must in future be upgraded with 0.025mg/kg vitamin D in addition to other micronutrients. The availability of the ‘sunshine vitamin’ is critically low in Mongolia.

In a representative study1, the vitamin D level of 541 inhabitants between 10 and 64 years of age was analysed. The basis used for measurement was blood levels of 25-hydroxy vitamin D (25-OH-D).

The optimum value is considered to be 30ng/mL, but the average level found among the test subjects was only 16.9ng/mL. The deficiencies were especially massive in the capital Ulaanbaatar. The average detected in the blood serum of these city dwellers was only 7.9ng/mL.

Scientists assume that these extremely low values are due inpart to environmental factors. They say, “Ulaanbaatar is the most air-polluted area in Mongolia, which reduces the amount of ultraviolet-B radiation required for the synthesis of pre-vitamin D.”

Another paper2 on the vitamin D status of the population of Mongolia focuses on the effects of this deficiency on health. This paper says, “Mongolians have a high incidence and/or prevalence of several diseases linked to low 25(OH)D concentrations, including ischaemic heart disease, malignant

In view of eating habits in the region, the two authors William B. Grant and Barbara J. Boucher expressly advocated the addition of vitamin D to flour in order to minimise health risksof this kind. They say, “For a country such as Mongolia, which consumes a large portion of its dietary energy intake from wheat, fortifying flour would make sense.”