According to Euromonitor, mental well-being ranked globally at the top of health concerns in 2021. Two years into the pandemic, only 44% of people worldwide felt happy or experienced joy in the past year, as found by AXA’s 2022 Mind Health and Wellbeing study.

Mental health and mood are influenced by a number of environmental factors like nutrition, sleep and physical activity. For instance, the supply of the essential amino acid tryptophan is vital because of its role as a precursor for the production of the neurotransmitter serotonin – also known as one of the three happiness hormones and a key element in mood.

It has been scientifically proven that many micronutrients support mental well-being, cognitive performance and brain health. An inadequate supply of these micronutrients can lead to serious illness, including but not limited to depression. Highly stressed people also have a heightened need for certain vitamins and minerals.

Among the functional ingredients that positively affect mental well-being is L-theanine, which is involved in the synthesis of the ‘happy hormone’ serotonin, and also contributes to protecting the nervous system. Other functional ingredients that can mitigate stress and improve resistance to stress are adaptogens like ginseng, Rhodiola rosea and ashwagandha also known as ‘sleep berry’ and is used in Ayurvedic medicine for better sleep onset, inner peace and as a mood enhancer. There are also well-known healing plants like valerian, hops, passionflower, lavender, chamomile and lemon balm, which have been thoroughly and scientifically studied.

Improved sleep for a better mood

Sufficient healthy sleep is elementary for overall well-being. Magnesium, zinc, L-theanine, ashwagandha and vitamin B1 can support sleep quality and onset, reduces waking in the night, and thus helps provide for a more relaxed sleep. Sleep duration is also equally important to help with normal functioning of nervous system and relaxation. Reducing the time to fall asleep will also improve sleep duration. 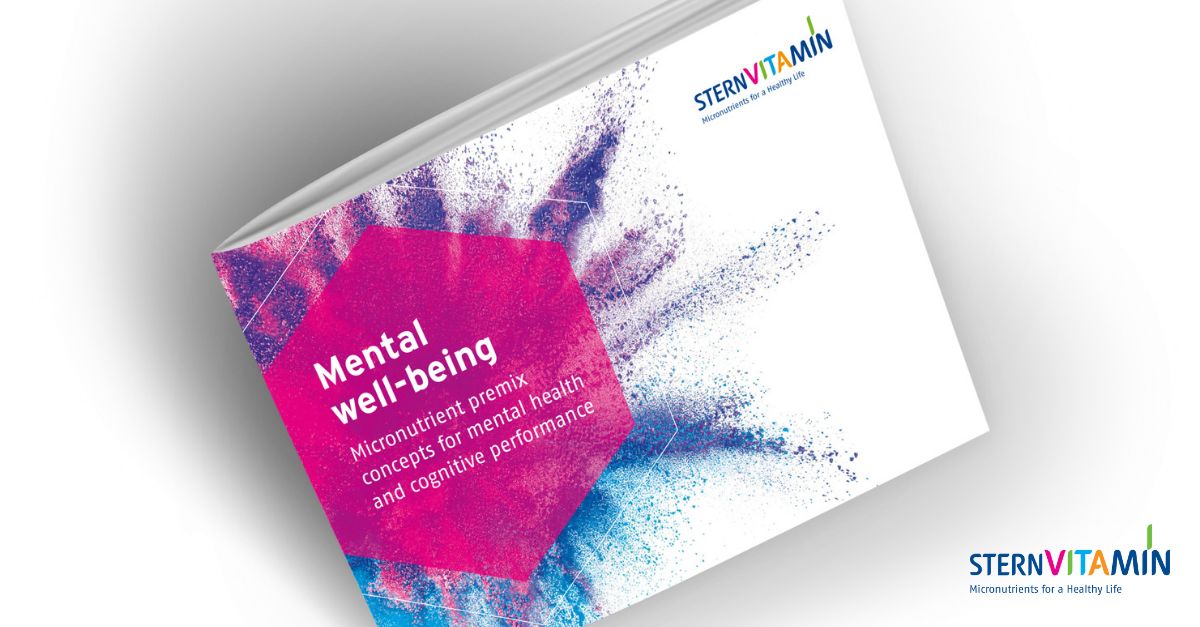 SternVitamin’s range of new concepts consisting of SternMind, SternDe-Stress & Relax, SternFocus and PureVITalizer promote mental well-being and cognitive performance. Our specially formulated premix are easily incorporated according to market specification. For more information on the range of premix, browse our mental health catalogue and get in touch with us via the form below.